New Dallas restaurant vows not to be your typical Tex-Mex

Chicken with pineapple at Zesty Mexican Grill in Richardson. Photo courtesy of Zesty 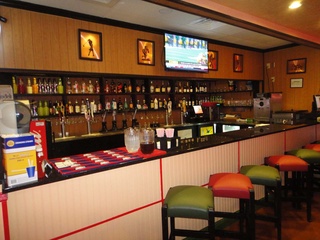 One thing Zesty Mexican Bar & Grill is not is just another Tex-Mex restaurant. Recently opened in a former Burger King on Arapaho east of Coit in Richardson, Zesty's menu includes not only the chicken fajitas we know and love, but also novelties such as Mexican pizza and goat/lamb stew with chipotle.

But owner Vipul "Victor" Shah is not your typical Tex-Mex restaurateur. A native of India, he's had his own successful construction company for the past 13 years. You can see his construction background in the restaurant's build-out, with its sleek granite-topped bar and chic, colorful furniture.

For Shah, this is the fulfillment of a dream to open a restaurant with good food and reasonable prices. His menu runs from $6.95 for chiles rellenos to the priciest item, "zesty tilapia" for $10.99.

"I'm probably one of the first Indians to open a Mexican full-service restaurant, but I did this out of a passion," says owner Vipul "Victor" Shah. "And I wanted to do things right."

"I'm probably one of the first Indians to open a Mexican full-service restaurant, but I did this out of a passion," he says. "And I wanted to do things right. We don't have a microwave or a freezer. Everything is fresh. I need things to be the best of the best."

Shah's goal was to avoid opening another typical Tex-Mex in a neighborhood that already had its share.

"We wanted to have some regional recipes from Mexico and incorporated some dishes from Veracruz, because that region has such versatile characteristics compared to rest of Mexico," he says. He consulted with some natives to fashion a menu that incorporated traditional ingredients such as his goat and lamb stew.

"If you go back to the history of Mexico, barbacoa is made with lamb," he says. "Availability here was scarce, so it changed to beef. But we wanted to let folks have the real taste."

Ironically, it was his desire for authenticity that led him to the Mexican cuisine, rather than Indian, which he initially considered.

"I wasn't going to open an Indian restaurant unless I got the approval to bring over top-notch chefs from India. I wasn't able to do that. My dad used to tell me all the time, 'Work at your strength and hire your weakness.' We knew what we could do to make a difference."

But the menu also incorporates some quirky dishes with broad appeal, such as Mexican pizza, best known as a Taco Bell one-off but here given a more careful approach.

"We bake a 12-inch flour tortilla at 450 degrees in a commercial oven and make it very crispy," he says. "Restaurants who make this dish usually fry [the tortillas], but we bake them. We top the tortilla with a spicy tomato sauce that we make in-house, cheese and, instead of the usual ground beef or diced chicken, we use brisket."

There are also unique vegetarian options such as Veracruz potato cakes served with salsas and pickled jalapeño.

"The potato cakes, I think no one in Dallas-Fort Worth has this on their menu," he says. "We boil and mash potatoes, then add spicy jalapeños and cheddar cheese. Then we either fry them or bake them at the customer's request. We garnish them with cilantro and chiles and lemon. It's one of the finest items we have."

Chicken with pineapple at Zesty Mexican Grill in Richardson. Photo courtesy of Zesty