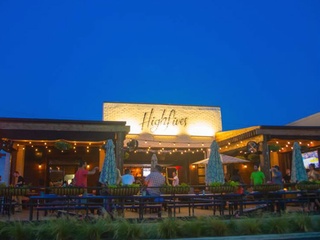 A bar-and-restaurant team known for its success in Uptown Dallas is expanding its turf to Henderson Avenue with a new bar called The Whippersnapper, opening in the old Slip Inn space at 1806 McMillan Ave.

The owners are Brandon Hays and Phillip Schanbaum, for whom this is familiar territory. They've shown they can take an existing space with a following of its own and give it a new identity. See: McKinney Avenue, where they transformed Primo's into the brunchariffic So & So's.

The Slip Inn was beloved for its fine DJ's, boisterous crowd and cheap drinks — like a cousin to The Loon, the Uptown Dallas dive bar known for being an unpretentious oasis (and which recently reopened at Cliff's Bar & Grill).

The Whippersnapper fits into the So & So's pattern of unusual names, although Hays says that for now, that's still a working title.

Whatever it's called, it represents a step up from Slip Inn's dive status, as well as a concept that does not yet reside on Henderson Avenue. "We have big things planned for the space," Schanbaum says.

Landlord Mark Masinter says that an establishment like The Whippersnapper is part of his effort to "up the game" of what's on the street.

"We hope that The Whippersnapper will bring in another crowd," he says. "Henderson doesn't have a cool cocktail lounge, and these guys are good at that."