Dallas police believe the recent attacks are versions of the knockout game. TTXtra.org 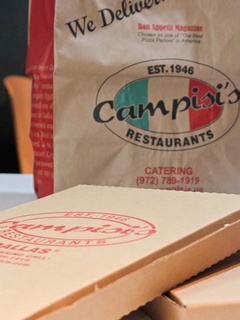 An elderly Denny's patron was punched in the parking lot January 17.

Dallas police are investigating two brutal attacks on the elderly in as many weeks. The victims, both white males older than 65, could be the latest targets of the so-called "knockout game."

The FBI describes the "knockout game" as an assault with the aim to incapacitate an unsuspecting victim with one punch. The disturbing trend dates back to 1992. Although victims are usually selected on the basis of race, age seems to be a common theme as well.

Dallas police major Jeff Cotner had harsh words for those who'd trivialized the vicious attacks. "I’m not gonna play into this knockout game," he said. "It’s not a game. It’s a crime."

On January 5, Luis Rocha, 69, was assaulted outside Campisi's restaurant in the 5600 block of East Mockingbird Lane. According to a police report, three white males attacked Rocha shortly before 9 pm. Robbery was originally believed to be the motive, but the thugs did not take any property in the assault.

Around 2 am on January 17, police report that three assailants punched 74-year-old Charles Pace in the Denny's parking lot in the 4400 block of North Central Expressway. In both incidents, the victims were attacked from behind and did not recall any threats or demands from the assailants. No property was stolen in either attack.

Speaking to the media on the day of Pace's injury, Dallas police major Jeff Cotner had harsh words for those who'd trivialized the vicious attacks.

"I’m not gonna play into this knockout game," Cotner said. "It’s not a game. It’s a crime."

Conrad Barrett, a 27-year-old Houston area resident, was charged with a federal hate crime in December for allegedly assaulting a 79-year-old man because he was African-American. In announcing the arrest, the FBI detailed the troubling evidence, which included videos of Barrett making racial slurs and planning the attack.

Dallas police are asking for the public's help in identifying possible suspects in the recent assaults on the elderly, and there is a $20,000 reward for information in the Luis Rocha case.

Dallas police believe the recent attacks are versions of the knockout game. TTXtra.org