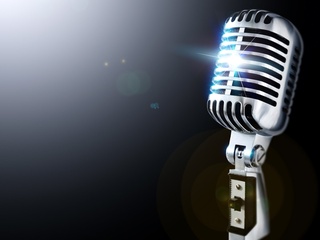 Dallas classical music radio station WRR 101.1 FM has launched a new programming lineup with longer music sets, fewer syndicated shows and the elimination of non-music features such as traffic reports. The new lineup began at 6 am on January 5.

The station now airs only two commercial breaks per hour, down from its previous four. This allows them to air longer, more significant works, up to 25 minutes, without breaking for a commercial.

"One way we can differentiate ourselves is to place a focus on local programming and arts groups," says interim general manager George Landis.

"We are a local radio station, and one way we can differentiate ourselves is to place a focus on local programming and arts groups," he says.

To that end, there will be more than 10 additional hours of locally hosted programming each week, primarily during the weekday evening hours from 7 to 11 pm.

Mary Sefzik will host a Sunday program and serve as a backup host. Through the Night with Peter Van De Graaff, a syndicated show, will air overnight.

WRR will continue airing performances by the Dallas and Fort Worth symphony orchestras on Monday evenings from 8 to 10 pm, with a commitment to add programming featuring local arts groups later in 2015.

New syndicated shows
The station will also add two nationally syndicated programs to the lineup. Performance Today will air weekdays from 10 am to noon. It's the most popular classical music program in the country, featuring live recordings of public concerts and private recitals that have not been commercially released and are unavailable from any other source.

Hosted by Fred Child, it incorporates a radio music game called Piano Puzzler, as well as the music of young soloists from American conservatories in the PT Young Artist in Residence program.

Exploring Music will air weeknights from 7 to 8 pm. With programming that follows weekly themes, this national program takes listeners through an in-depth assessment of composers, symphonies, concertos and string quartets. Hosted by Bill McGlauchlin, the program devotes five shows to a single topic, exposing listeners to the breadth of music based on specific themes throughout the week.

Girl Power, spotlighting women composers and performers and hosted by Nancy Brunson, will run Sundays from 7 to 8 pm. Command Performance, a weekly show hosted by Kevin Pytcher featuring listener requests, will be broadcast Saturdays from 4 to 5 pm.

WRR will continue to carry the popular Metropolitan Opera broadcasts on Saturday afternoons at noon during the Met broadcast season.

WRR Classical 101.1 FM is a division of the City of Dallas Office of Cultural Affairs. It's Texas' first commercial radio station and the second-oldest in the United States; it has maintained its classical format since 1948.

You can listen online at www.wrr101.com and via the WRR 101.1 Classical FM mobile app, available as a free download on the station website.