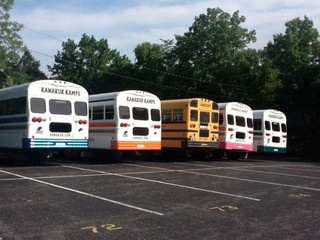 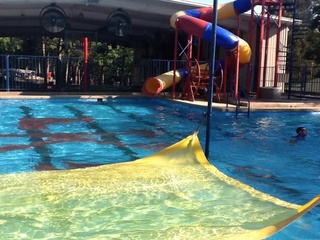 Kanakuk Kamps was founded in 1926 and offers a variety of activities for kids. Kanakuk Kamps/Facebook

It's been two years since a North Texas family filed a lawsuit against Kanakuk Ministries for physical and mental pain related to their son's sexual abuse at the hands of employee Pete Newman. The case has been winding its way through the U.S. District Court system since 2011 and is slated for an August jury trial in Dallas.

Newman held many positions at Kanakuk, including camp director. He sexually abused at least six children from 1999 to 2009, and he is serving two consecutive life sentences, plus 30 years, in a Missouri prison for his crimes.

There is a separate civil lawsuit for another of Newman's victims pending in Missouri.

The crux of the case against White centers on the allegation that the renowned Christian leader swept reports of sexual misconduct under the rug for years.

The Dallas case concerns a family known as the Does, who reside in Randall County, near Amarillo. Dallas was chosen as a venue due to Kanakuk's heavy recruiting activities in the area and its practice of picking up campers in buses at NorthPark Center before departing for campgrounds.

Newman and Kanakuk Kamps founder and president Joe White are also defendants in the suit. White, who has written 20 books, is a regular speaker at conservative Christian organizations, including Promise Keepers and Focus on the Family.

The crux of the case against White centers on the allegation that the nationally renowned Christian leader swept reports of sexual misconduct under the rug for years before Newman was arrested.

John Doe was abused while attending the summer camp from 2005 to 2007, often under the guise of Bible study and sexual purity exercises. But the suit claims that White knew of Newman's proclivities as far back as 1999, when the then-camp counselor was placed on probation for riding four-wheelers in the nude with campers.

In 2003, the suit says, Newman was once again cited for nudity, this time for streaking across the campgrounds.

In court documents filed in February 2013, Kanakuk says it will present testimony from expert witnesses that will cast doubt on the severity of the harm John Doe suffered as a 12-year-old sexual abuse victim. That testimony is expected to include the suggestion that John has "false or distorted recollections" of his encounters with Newman as a result of "external suggestion."

Kanakuk has been granted a motion for an independent medical exam of John and plans to call on a medical professional who believes that the child does not suffer from "a major depressive disorder." Kanakuk will also call on the CEO of a camp consulting firm to testify that the 2003 streaking incident was handled appropriately and that "there is no evidence of gross negligence or malicious conduct by Joe White or camp management."

The case was ordered into mediation in July 2012, but no resolution was reached. A jury trial is set to begin August 5, 2013, in Dallas. The plaintiffs are seeking nearly $10 million in damages for fraud, negligence and psychological suffering.