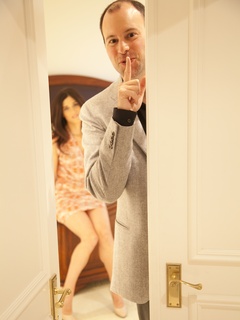 More than 77,500 members of AshleyMadison.com live in the Dallas area. Photo by Paul Buceta

Having an affair is usually something one keeps private, hence the anonymous dating site for cheaters AshleyMadison.com. But the site is breaking its vow of silence to share some scandalous statistics: Dallas' most unfaithful neighborhoods.

According to AshleyMadison.com, Carrollton is the most popular neighborhood for affair seekers. Garland, Bryan Place, Plano and Addison comprise the top five, while Grapevine, Pleasant Grove, Irving, Cedar Hill and Coppell round out the 10-city list.

To create the ranking, the site combed data from its 77,793 Dallas-area users. If that sounds like a lot of lying, cheating spouses, then consider that more than 159,500 cheaters live in Houston.

Other odd statistics coming out of the survey include the fact that Dallas is home to more single women seeking married men than Houston (20 percent vs. 17 percent), and about 49 percent of Houston men take their affair partner to a steakhouse on the first date, compared to only 38 percent of Dallas men.

Time to step up your affair game, Dallas dudes, lest a Houston hunk steals your secret girl on the side.