Family holds onto hope in search for missing Dallas-area woman 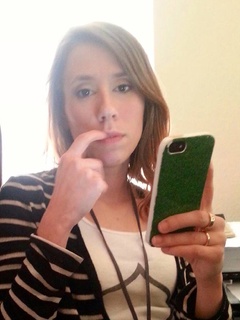 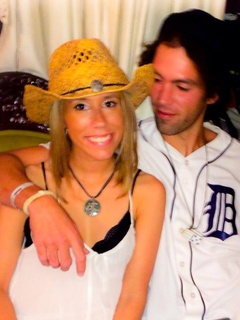 Family, friends and volunteers are rallying together to find Christina Marie Morris, a 23-year-old Dallas-area woman who was last seen August 30. The latest group to join the effort is Texas Equusearch, a mounted search and recovery team. Additionally, Crime Stoppers has announced a $5,000 reward if information on Morris' disappearance leads to an arrest and indictment.

Surveillance video shows Christina left a friend's apartment at the Shops at Legacy in Plano around 4 am on Labor Day weekend. Since then, no one has seen or heard from her. Calls to Christina's cellphone go straight to voicemail, and there's been no activity on her bank account.

"We're really thankful to the Texas Equusearch people for coming out, and we're hopeful that it will lead to something," Christina's stepmother, Anna Chiovare Morris, says.

"It's been eight days. She could be anywhere," says Anna Chiovare Morris, Christina's stepmother.

Morris has personally printed out more than a thousand fliers with Christina's photo on them. Previous search efforts have focused on the Shops of Legacy in Plano, Lewisville Lake and the city of Allen, where Christina went to high school.

According to Morris, people have distributed the fliers as far as Oklahoma. "It's been eight days. She could be anywhere," Morris says.

Christina's car, a silver Toyota Celica, was recovered from the parking garage at the Shops of Legacy on September 2. On September 3, Christina's boyfriend, Hunter Foster, wrote on Facebook that she'd gone missing. The couple lives together in Fort Worth.

"I'm worried sick and will do anything to get any information on the last time anyone has seen her or talked to her please help and pray that she is ok! Police are involved and we are going to find her and whoever has taken her or whoever she is with," Foster wrote.

Plano police issued a missing persons report on September 4, and the investigation into Christina's disappearance is ongoing. Police spokesperson David Tilley says Foster has been extensively interviewed and is not believed to be involved in Christina's disappearance at all. "Being the boyfriend, he was one that we looked at pretty heavily," Tilley says. "Anything we have asked of him, he has been very cooperative."

Tilley reports that Foster has been at search events helping to hand out fliers. "We don't have any suspects, but at the same time, we haven't ruled anyone out," Tilley says.

Police say the person last seen with Christina on video surveillance has been extremely cooperative with investigators and is also not believed to be a suspect.

"A lot of leads have come in, but we don't know of anything new or substantial," Morris says. "It's overwhelmingly awful, the situation, but we are incredibly grateful for all the support we're receiving from people we know and from total strangers."

Christina is 5-foot-4, weighs about 95 pounds, and has brown hair with blonde highlights. In the surveillance video she is seen wearing a light gray T-shirt, a skirt, black sandals and a black full-rim hat. She was carrying a black, pull-string-type backpack, and she was wearing gold-colored rings on her fingers.