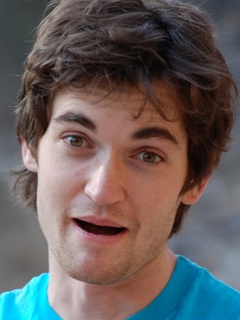 Ross Ulbricht, a graduate of the University of Texas at Dallas, is the alleged mastermind behind Silk Road. Photo courtesy of Youtube

Silk Road has been described as the Amazon.com of drugs. Photo courtesy of e-Magine Art/flickr

The FBI has seized the domain of Silk Road — a website devoted to purchasing and selling high-grade drugs, from marijuana to heroin— and arrested whom they claim to be the mastermind behind the site: University of Texas at Dallas alum Ross Ulbricht.

Ulbricht was arrested as the FBI also seized $3.2 million in Bitcoin, an online currency that functions like cash. The complaint filed by the feds includes tales of murder-for-hire, sales that measured around $1.2 billion in two years, and high-quality narcotics traveling around the globe like a black market Amazon.

The FBI describes Silk Road as “the most sophisticated and extensive criminal marketplace on the Internet today.”

According to Ulbricht’s LinkedIn account, he attended the University of Texas at Dallas from 2002 to 2006 and graduated with a degree in physics before attending Pennsylvania State University from 2006 to 2010. Ulbricht's name appeared on a list of UT Dallas alums on the school's website, but his photo is quickly being scrubbed from the same site.

On LinkedIn, Ulbricht listed his location as Austin and described himself as an investment adviser and entrepreneur.

In the complaint, the FBI describes Silk Road as “the most sophisticated and extensive criminal marketplace on the Internet today.”

Ulbricht has been charged with narcotics trafficking, computer hacking and money laundering. The complaint also outlines a murder-for-hire that Ulbricht allegedly tried to put in motion to silence a Silk Road user threatening to expose thousands of the site’s users. Ulbricht used the name "Dread Pirate Roberts" to interact with users on Silk Road.

On Ulbricht’s LinkedIn account, his background summary, cited in the FBI complaint, mentions that his goals had shifted.

“I want to use economic theory as a means to abolish the use of coercion and agression [sic] amongst mankind,” Ulbricht writes. “Just as slavery has been abolished most everywhere, I believe violence, coercion and all forms of force by one person over another can come to an end.

“The most widespread and systemic use of force is amongst institutions and governments, so this is my current point of effort.”

Ross Ulbricht, a graduate of the University of Texas at Dallas, is the alleged mastermind behind Silk Road. Photo courtesy of Youtube