El-P gets attacked at SXSW, Nintendo puts Mario on iPhones and more links we love

El-P gets attacked at SXSW, Nintendo puts Mario on iPhones and more 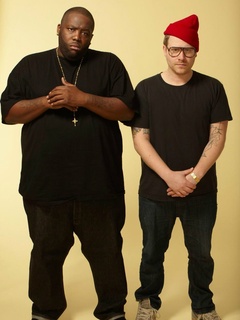 1. Some dude attacked El-P at Run the Jewel's show at SXSW yesterday, and then Killer Mike started a chant that I can't repeat here. Again, a man got up onstage with someone named Killer Mike and thought it would end okay, like he's never heard "Jeopardy" before. This has been your SXSW update.

2. Here are 9 of the strangest animated shows from the 1990s. Seeing some of these makes me feel better, because I still think about some cartoons I saw as a child and can't figure out if they were fever dreams or things that network executives put on TV.

3. Nintendo announced it's bringing Mario and other characters to smartphone and tablet gaming. They say they won't be doing any old games, but just put Paper Mario on an iPhone. Please.

4. Film editor Jacob T. Swinney has put the opening and closing scenes of 55 movies next to one another. Symbolism!

5. Apparently, the Dutch are organizing massive hide-and-seek games in Ikeas, and Ikea is not feeling it. One of the event organizers is Elise De Rijck, and she has a bucket list that includes "throwing a pie in someone's face and participating in a mud fight." De Rijck is 29 years old.