Brunch Or Die
Yes, Dallasites are food snobs, but other Texans are even snobbier

Good Union Urban Barbeque, a sibling of Bone Daddy's, will open at CityLine in fall 2015. Bone Daddy's House of Smoke 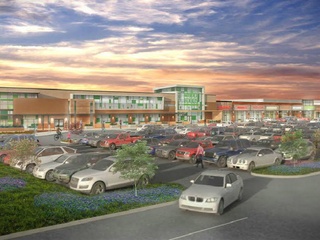 The CityLine complex is bustling with new restaurants. Rendering courtesy of Regency Concepts

Richardson is set to get smoky with a new restaurant, Good Union Urban Barbeque, coming to the CityLine complex. Slated to open in fall 2015, it'll be the first location of Good Union, which is a sibling chain to Bone Daddy's.

Good Union (GUUB?) is the latest in a string of new restaurants announced for the 186-acre mixed-use project at the intersection of George Bush Turnpike and Plano Road.

The restaurant will be located on the ground floor of the One CityLine building at 1150 State St., where it will serve up all the meats: brisket, pork, sausage, ham, turkey and ribs. Side items include smoked beans, coleslaw and potato salad.

Everything will be made fresh daily and served on a first-come, first-serve basis. This includes meat smoked on an indoor fire pit equipped with special ventilation to accommodate the building, allowing for a smoky flavor without overwhelming guests.

"We wanted to provide that authentic quality of food you would find if you were driving through the Texas Hill Country," says owner Ted Beaman.

"What is really impressive about the Good Union team is their extensive operational experience and commitment to authentic Texas barbecue," Fitzgibbons says.

A release describes Good Union's service style as a hybrid model, "where guests can control their experience by placing orders at a counter at their convenience. Food and drinks will be hand-delivered to tables" (as opposed to delivered by a robot or another body part such as a foot?). That sounds a lot like fast casual.

A patio will face the central plaza where guests can enjoy craft beers and premium cocktails from the full-service bar while listening to live music in the park.

Good Union Urban Barbeque, a sibling of Bone Daddy's, will open at CityLine in fall 2015. Bone Daddy's House of Smoke

Dig into the history and food of Temple, where town meets country
3 daily itineraries for a memorable escape to history-rich Victoria
Lake fans and outdoor enthusiasts alike will lose all worries in Conroe