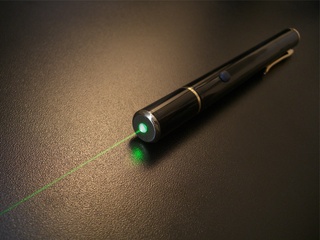 Laser pointers can be used to commit felonies. Photo via Winnpeg Crime Files 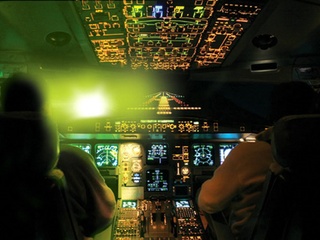 A laser pointer is blinding to pilots at night. Photo via Runway Aviation

It's already a federal crime to direct a laser pointer at a plane, but a recent increase in activity has prompted the FBI to step up enforcement.

For the next three months, the FBI will offer a $10,000 reward for information on laser pointer crimes in 56 cities, including Dallas.

"Since the FBI and the Federal Aviation Administration began tracking laser strikes in 2005, data shows a more than 1,100 percent increase in the deliberate targeting of aircraft by people with handheld lasers," the FBI said in a statement.

Dallas officials reported 90 so-called "lasing crimes" in 2013, compared to 25 incidents in El Paso; 149 in San Antonio and 155 in Houston. According to the FBI, the strikes occur between midnight and 7 am and are usually committed either by teens or adults between the ages of 35-45.

"The expansion of this campaign will promote greater awareness and understanding of the threat that lasing poses to pilots and the public," Dallas FBI Special Agent in Charge Diego Rodriguez said.

Laser pointers can be used to commit felonies. Photo via Winnpeg Crime Files

At risk for heart disease? Take this quiz from Methodist Dallas to find out
Virtual healthcare takes the hassle out of seeing a doctor
Dallas medical experts help digest info about probiotics