We're No. 1
Say howdy to your new neighbor: Texas is No. 1 in population growth 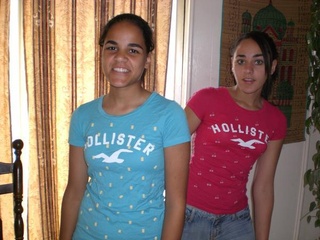 Sarah and Amina Said were teenagers when they were killed. The Price of Honor/Facebook 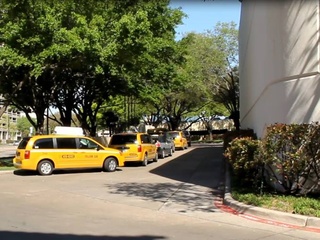 The girls were found in the taxi cab line at the Omni Mandalay in Las Colinas. The Price of Honor/Facebook 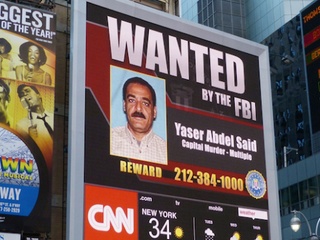 A wanted poster for Yaser Said in Times Square. The Price of Honor/Facebook 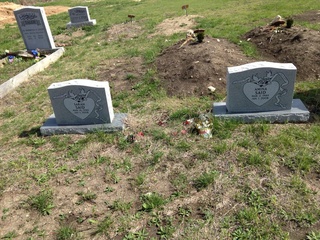 The Said sisters' graves. The Price of Honor/Facebook 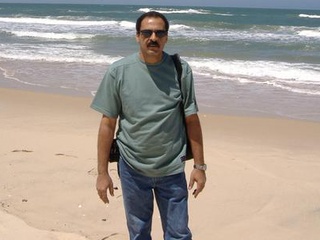 Yaser Said has evaded authorities for six years. The Price of Honor/Facebook

On January 1, 2008, sisters Amina and Sarah Said got into their father's taxi cab to go to dinner. But they never made it out alive.

Their father, Yaser Said, was the last person seen with the girls and has eluded the authorities for six years. That's not much information to go on, but it's practically all Irving police will disclose about the case.

Irving police appealed to the Texas attorney general to keep the official report on the Said murders confidential. To this day, it has never been released to the media.

Public information officer John Argumaniz says the department appealed to the Texas attorney general to keep the official police report on the Said murders confidential. To this day, it has never been released to the media.

An honor killing?
Amina and Sarah's great-aunt Jill Abplanalp is among many who consider the murders an honor killing. Though of Egyptian descent, the Said sisters lived in Irving and were typical American teenagers. It is believed Yaser, a devout Muslim, disapproved of his daughters' lifestyle.

"We believe his motive was he did not like who his daughters were dating," says Argumaniz, who stopped short of labeling the murders as an honor killing. "There's no honor in killing someone. There's no penal code section for that."

Although the FBI and Irving police have identified only one murder suspect, Abplanalp believes the girls' mother and brother were involved. Abplanalp's Change.org petition calling for a renewed investigation into Patricia Owen Said and Islam Said has more than 1,000 signatures.

In the days before the murder, Abplanalp says Patricia brought Amina and Sarah to Abplanalp's home in Kansas. The reason? To protect the girls from their father, Yaser.

"We know Yaser pulled the trigger, but their mother was just as involved," Abplanalp says. "Amina and Sarah never would have gone back to Texas, but Patricia said their father had forgiven them."

Patricia and Islam Said were questioned early on in the investigation, but Argumaniz says they have since been eliminated as suspects. "Through our investigation, it was determined that no charges will be filed against them."

Documentary seeks answers
Abplanalp believes the driving force behind the increased interest is the documentary The Price of Honor. Producer Neena Nejad says her crew has been working with the FBI on the Said case and brought new information that resulted in an increased reward for Yaser Said's capture.

"As we got into this, we realized there was so much more to the story than the media knew or the FBI knew," Nejad says.

FBI spokesperson Katherine Chaumont says the December 19 announcement was already in process before Nejad and her crew contacted the bureau.

"From time to time we take a look at most wanted cases," Chaumont says. "If people believe they have information related to where Yaser Said is located, of course we are going to look into that information."

Through three years of investigative research, Price of Honor producers discovered information that Yaser could be in the United States, not his native Egypt.

"It's my personal opinion that he never left," Nejad says, pointing to evidence that Yaser was wanted for another murder in Egypt and wouldn't be able to return.

Nejad says she has also uncovered allegations that Yaser sexually abused Amina and Sarah and possibly others. Abplanalp shares this belief.

"I feel like I owe it to Amina and Sarah to do this, to put Yaser's face out there," Nejad says, adding that she's received death threats for her work on Price of Honor. "After all these years, there are still family members who live in fear of Yaser."

Abplanalp is grateful that her nieces haven't been forgotten six years after their death. "I'm just so thankful they've gotten involved with doing this documentary. I'm going to do whatever it takes to get justice for these girls."

Sarah and Amina Said were teenagers when they were killed. The Price of Honor/Facebook

The girls were found in the taxi cab line at the Omni Mandalay in Las Colinas. The Price of Honor/Facebook

A wanted poster for Yaser Said in Times Square. The Price of Honor/Facebook

The Said sisters' graves. The Price of Honor/Facebook