Dating in the digital age
Risks of teen sexting include going to jail, public humiliation — and, oh yeah — increased sex
LATEST NEWS
H-E-B supermarket chain is opening another store in Dallas-Fort Worth
Not in my backyard

In addition to space for 130 buses, the new service center will contain a maintenance shop and fueling station with around 25,000 gallons of fuel. 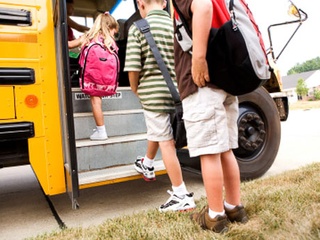 The proposed site of Allen ISD's transportation service center, which includes a 25,000 gallons of fuel storage, is about 1,000 feet away from Cheatham Elementary School.

The city of Allen has a number of things going for it. Property values are high, shopping and dining options are plentiful, and then there’s that shiny new $60 million football stadium. Enticing entertainment options notwithstanding, the main reason people move to Allen is the stellar school system.

In 2011, all 22 campuses in Allen ISD earned recognized or exemplary status from the Texas Education Agency. For comparison, those ratings were bestowed on less than half of Dallas ISD’s 230 campuses, where unacceptable schools outnumber exemplary ones.

A successful school district like the one in Allen tends to grow. Among other issues, this translates into increased bus use. Enter: controversy.

"The role of an ISD should be education, but they are hell-bent on building the best bus barn in Texas," says Allen resident Tom Chun.

Tom Chun moved to Allen in August 2009, just a few months after the bond election. He'd heard plenty about the $60 million football stadium but not much about its nearly $40 million little brother.

Chun is none too pleased about the scope of the facility, let alone the fact it's down the street from his house.

"I'm part of the influx of new people who came to Allen because it seemed like a great place to be," Chun says. "The role of an ISD should be education, but they are hell-bent on building the best bus barn in Texas."

Those opposed to the service center have taken to calling it a bus barn, which irks Allen ISD spokesman Tim Carroll.

“There’s no giant building full of buses. It’s a service center,” Carroll says. “The term bus barns sets you up, because of course anyone is going to be against that."

In addition to space for 130 buses, the service center will contain a maintenance shop and fueling station with around 25,000 gallons of fuel. It will also house the district's foodservice department.

Carroll says the district had a hard time finding a large enough piece of property for sale in Allen, calling the area "just about built out." Chun disagrees with that assessment.

"Just driving around town, I see plots of land for sale, with big signs on them," Chun says. "But they keep saying there are no other properties available."

The current facility was built in 1982, when Allen ISD had 5,000 students. Now, the district boasts 20,000 students. Although residents agree with the board that an updated facility is necessary, the consensus ends there.

First location: fail
In 2011, after the district purchased a 55-acre parcel of land for $1.9 million to house the service center, residents near the Malone Road property collected 500 signatures of those opposed to the location. The school board ultimately decided against that property, but not because of community outcry, as many residents allege.

"That couldn't be farther from the truth," Carroll says, adding that plans for the Malone location were abandoned because "another property became available." That property was a 39-acre tract of land on Watters Road, owned by Briar Ridge Investments.

Costing $3 million more than the Malone Road property, the Watters Road location is a controversy in itself. Not only is it less than 1,000 feet from Cheatham Elementary, but it was also sold to the school district for a combination of cash and credit, because of a $300,000 debt that the owner, Briar Ridge Investments, owed to AISD.

District CFO Mark Tarpley maintains that every part of the deal has been above board. When AISD built Cheatham, it paid for the entire cost of a new road to the school. Briar Ridge Investments owed AISD for its half of the road, but the tab was settled when the district bought yet another property from Briar Ridge.

"We have been completely transparent about that," Tarpley says.

A grassroots movement is born
Adding fuel to the conspiracy theorists' fire is that fact that at the time of the land purchase, an AISD board member lived across the street from Briar Ridge's vice president, Charles Nies. After a closed session to discuss a land deal on August 1, 2011, the board unanimously approved the purchase of the Watters Road property and acknowledged the $300,000 "credit for monies owed" as well as a donation of 2.6 acres of land valued at roughly $300,000. The district paid $4.6 million out of pocket for the property.

"We expect the school board to protect our children, not bring the hazards to them," says Stacey Shultz, who has a first-grader at Cheatham.

Parents aren’t too keen on Cheatham's playground sharing airspace with 130 buses and 25,000 gallons of fuel for the sake of clearing a neighbor's debt. These details have served as a battle cry for residents, 1,400 of whom have joined stopthebarn.org.

The self-described “grassroots movement” is dedicated to stopping the “ill-conceived plan to build a massive bus depot in the middle of our neighborhoods.” The group's preference is to change locations entirely.

Barring that possibility, members have suggested decoupling the fueling storage and pumping station from the rest of the bus barn. Carroll says that's not an efficient solution to the problem, but that's not winning over anyone from the opposition.

"We expect the school board to protect our children, not bring the hazards to them," says Stacey Schultz, who has a first-grader at Cheatham.

The Malone Road site angered hundreds, but the Watters Road location is igniting concern in thousands. However, the project marches on. Construction is slated to begin in April 2013.

A detail that's not lost on stopthebarn.org supporters is the fact that Allen ISD board president Gary Stocker lives less than a mile away from the first proposed location of the bus barn on Malone Road, the one that cost millions less than the current property.

At a July board meeting, several audience members referenced Stocker's proximity to the first location on Malone Road. Stocker did not respond to the accusations that his address played a role in the decision to move the bus barn, but Carroll did.

“If that were the case, why would we have bought the land in the first place? He was the board president when we bought it,” Carroll says. “That discussion doesn’t fit, and it's an insult to the board to suggest that.”

Full steam ahead
Adding to residents' frustrations is the fact that the bus barn site is not subject to a separate, public vote. Because of its 2009 bond approval, Allen ISD board members have the authority to place the service center anywhere they like. And while city zoning prohibits an auto shop, fueling station or petroleum products storage on the exact tract of land where Allen ISD plans to put a bus barn fulfilling all those purposes, the school district is exempt from zoning requirements.

"Fuel tanks don't easily explode," says AISD spokesman Tim Carroll. "That's a misnomer. People watch television, and they think these things will just blow up at the drop of a hat."

This does not sit well with many Allen residents, including Mary Eoff, who had strong words for the Allen ISD board. "I guess we were mistaken to think as property owners and taxpayers, we were afforded some security by City of Allen zoning," Eoff wrote in an August letter.

For its part, the Allen ISD board of trustees contracted independent consultants to conduct environmental impact studies on the proposed Watters Road site at the request of residents. The studies, which covered traffic, air quality and stormwater, found the addition of a bus barn would not have a significant impact on the area.

“We spent thousands if not tens of thousands of dollars on independent studies,” Carroll says. “When the studies showed there was little to no risk, then they came back and said ‘We don’t believe you.’ At some point we have to stop responding to every single request. Twelve months later, we are still doing this.”

Think of the children
During a July board meeting, Allen resident Daryl Brackett pointed out that none of the studies addresses the safety concern of a potential gas explosion.

The schematic design plans for the service center include a fuel storage area encased in a retaining wall. The plans indicate that the storage area would dip below ground at a rate of 3 to 5 feet. But, as the EPA recommends, it would technically be an above-ground facility.

Carroll says concern for children's safety is misplaced. The fuel storage component will not contain any pressurized natural gas pipe lines, which are responsible for most gas explosions.

"Fuel tanks don't easily explode," Carroll says. "That's a misnomer. People watch television, and they think these things will just blow up at the drop of a hat."

The fuel will be in double-lined tanks, which means that any gas that could leak out would do so into another tank.

"You could shoot a bullet at the tank, and it would not penetrate it," Carroll says.

Michael Myers and his wife moved to Allen in 2004. Two of their five children attend Cheatham Elementary, and the family's home is facing the prospective service center site. As former Army intelligence operative who now works with first responders and emergency services, Myers has a number of misgivings about the fuel storage component of the center.

He put his concerns in writing in an August letter to Allen ISD superintendent Ken Helvey.

"Try to picture yourself spending half a million dollars of your own money on a home and having your children walk within 1,000 feet of a 25,000-gallon storage facility," Myers wrote. "Maybe, just maybe, that would change your mind."

In addition to space for 130 buses, the new service center will contain a maintenance shop and fueling station with around 25,000 gallons of fuel.