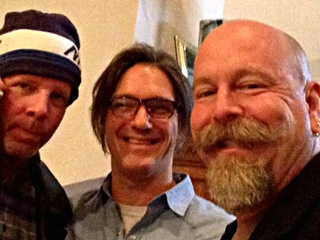 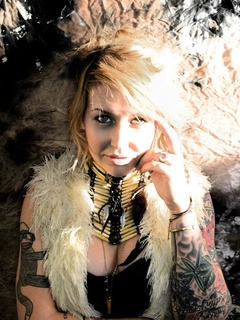 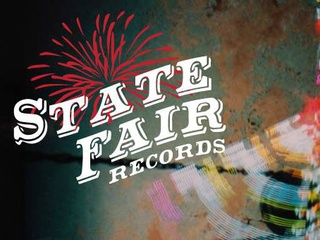 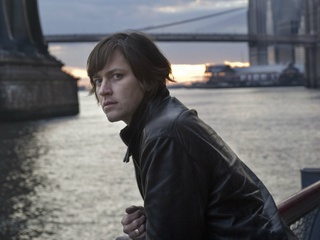 Music industry veterans Paul Williams, Trey Johnson and Scott Davis have pooled their talents to launch a new record label based in Dallas. Called State Fair Records (catchy), the label just released Onward & Upward, the sophomore effort of Madison King, the local singer/songwriter who had a turn in the national spotlight on NBC's The Voice.

With this new venture, the trio aims to earnestly promote the artists while preserving the integrity of the music throughout production. The Family Piano, the latest project from Johnson, known for his work as singer-songwriter of the band Sorta, is also on the label.

As a producer and musician, Williams has seen all sides of the industry. He first became involved in music back in the mid-'90s, the heyday of the rock scene in Deep Ellum, when he was an aspiring guitar player. Since then he's played in numerous bands, including Tablet and Vibrolux. He's also made dozens of records, mostly by North Texas artists, including Home by Hovercraft and Air Review.

We recently chatted with Williams about his career, what he and his partners have planned, and, of course, the story behind that name.

CultureMap: You've been on the Dallas music scene a long time. What are some of your proudest achievements?

Paul Williams: Some highlights (in no particular order) include opening for Oasis at the Bronco Bowl on the "What's the Story Morning Glory?" tour in '96; mixing the first Polyphonic Spree album in '02; producing albums by Home by Hovercraft, Air Review, Sorta, Carter Albrecht's band Sparrows; recording a couple of tunes with Izzy Stradlin from Guns N' Roses while working with the Burden Brothers; producing records for 1100 Springs, including their first No. 1 song on the Texas music charts.

I shouldn't fail to mention my time working with the late Nick Griffiths on a couple of projects. He was (of course) a Pink Floyd/Roger Waters engineer/producer and produced the concert at the tearing down of the Berlin Wall. He was my most important mentor.

CM: You're both a musician and a producer. Is that rare? Which role is more difficult?

PW: It's really not rare. It would be rare to find a good producer who doesn't have some level of musical ability. Being a musician is more difficult for me. I consider myself a competent musician and not much more. My limited abilities make for quite a struggle at times.

Although producing can also be very challenging, I can rely on the skills and contributions of other musicians. I feel more like the leader of a team as a producer.

CM: What was your inspiration to start State Fair Records?

PW: Madison King. There was never a thought about doing this in my mind until near the end of making Onward & Upward. Scott Davis, on the other hand, had been considering a record label for some time, and when this project became familiar to him, he decided that this was the act on which to pull the trigger.

Trey Johnson and Scott had been talking about doing a project together for a while, so everything just sort of fell into place.

CM: What do you need these days to start a label?

PW: Really you just need an act — and to do the requisite paperwork to start a company. It happens all the time. To be a successful label? For us that remains to be seen. As with anything, my hunch is that it's all about the people with whom you build relationships and do business.

We do have a recording space, in the South Side building downtown, which is also where the label is based. We have all been around long enough to know a few people, of course. So that should help.

CM: What's the deal with the name?

PW: It's a great name for a label, right? I can't believe it wasn't already taken. I guess Scott's wife, Edie, thought of the name long before all of this. Apparently it was shot down at the time. But it stuck around.

Scott has played literally hundreds of shows for years at the State Fair as part of the Shriners band, and we all dig the fair for our own various sentimental reasons. At a certain point Madison also suggested the name, and then it stuck.

For me, there is just so much cool imagery associated with the fair and so many opportunities for branding State Fair Records.

CM: What are your overall goals?

PW: Making money would be nice, but there is more at work here. Respecting the artist and supporting the life and the career of the artist is what we are going to try and be about. Among the many disgusting aspects of the modern world, the one that is pertinent to this discussion, is the way musicians and songwriters are forced to grovel and give away their work for free or next to it these days.

Every time an artist is forced to choose between enriching us with their work or spending their time doing data entry or whatever, the world just gets uglier. We want to push back against that. I realize this may sound naive and idealistic, but everyone chooses which side they are on.

CM: With the changes in the music industry — labels shrinking and music going more online — isn't this a terrible time to start a label?

PW: The short answer would seem to be yes. But clearly when the normal business model isn't working, opportunities exist to do things differently. For us, hopefully that means doing more for our acts, letting them ride on our backs to get them where we all want to go.

With Madison, we aren't leaving management, booking, marketing, etc. to chance. We will make sure that those things are being taken care of. Our job is to get her where she deserves to be, to make her a star. If we can do that, we will be okay.

CM: How many albums have you put out, and what will be your release schedule?

PW: First, Onward & Upward, which came out a few weeks ago. Our likely next release will be a duet single with Madison featuring Rhett Miller of the Old 97's. Family Piano is also out on the State Fair label.

We have no other releases scheduled yet, but we are certainly considering future projects. Who and when? We will let you know when we know.

CM: How did you discover singer Madison King? What did you like about her, and how did her album release work out?

PW: Madison approached me on St. Patrick's Day 2013 about producing her next record. Though I knew her casually, I had no idea of her abilities and determination. What I like about Madison is her fearlessness, her supreme confidence, her loyalty and professionalism, and her basically just being a good hang.

I think the album release was good, but to me it's a work in progress. Just now she is going out to play all over parts of the country with the Old 97's — and every day we get to introduce Madison to a new audience, the "album release" continues.

We plan on posting lots of photos and videos from the Old 97's tour on our Facebook page, which should be fun to follow.

Zero-lot-line homes in Dallas: Everything you ever needed to know
Knox-Henderson: How the Katy Trail and local gems dazzled this new resident
M Streets: Where unique architecture meets laid-back neighbors