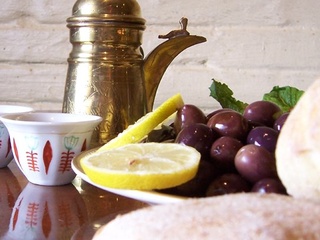 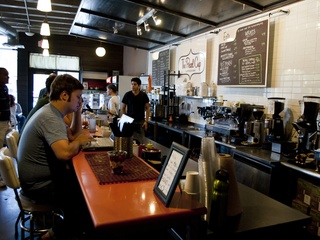 The Pearl Cup on Henderson Avenue will soon have a little sibling in Richardson. Photo by Conner Howell

Hofmann Hots is part of the Trinity Groves complex. Randy A. Carlisle

February has already emerged as a big month in the Dallas-Fort Worth dining scene, having been earmarked as the launch date for a number of previously announced restaurants such as Peak & Elm and Battuto, the new Italian spot from radio personalities Gene and Julie.

But the news never stops: Restaurant action remains hot-and-heavy, with more openings in the works. We will definitely have plenty to eat this spring.

Boca Chica, a Mexican entry from monolithic restaurant conglomerate Restaurants America, is coming to the Shops at Park Lane in February. RA has already opened Mockingbird Taproom, Primebar, Townhouse and Park Tavern, and the company has plans for a gastropub called Central Standard.

Boca Chica will feature "bold Mexican flavors" in a variety of tapas, tacos and family-style plates. There will be huevos rancheros, chicken in mole, tableside guacamole, and "Mexican street food" such as pork meatballs, nachos with duck confit, and lobster tacos. Does it matter that, according to Wiki, Boca Chica is actually municipality in the Dominican Republic?

The Lot, a casual restaurant-bar slated for a February opening, comes from El Fenix COO John McBride. It will go into the old Backyard Beach Bar space on East Grand Avenue in East Dallas. Hoping to make it worth the drive, the menu will get the official Dallas restaurant seal of approval: a consult from chef Sharon Hage.

Shannon Wynne, who is already busy opening Lark at Klyde Warren Park, will also open a restaurant in Fort Worth's Sundance Square this fall called Bird Cafe. The restaurant will cover 6,400 square feet in the Land Title Building, built in 1888, and will "incorporate the building's historical significance." A 6,400-square-foot space doesn't sound all that significant, historically speaking, but half of that space will be a patio. Will it have birds?

Another branch of home-cooking diner Norma's Cafe will open in Frisco, on Gaylord Parkway at The Centre at Preston Ridge shopping center, north of 121 and east of Dallas Parkway North. How about some pie. Meanwhile, Pearl Cup Coffee is staffing up for its Richardson branch at II Creeks Shopping Center on Custer Parkway. How about a cappuccino.

Now open at Mockingbird Station is Cafe Herrera, which takes over the old Margarita Ranch space at the bottom of the stairs. The menu is Tex-Mex: fajitas, brisket tacos and huevos rancheros, plus a list of tequilas with flights.

Tony Tabet is the new executive chef at Hedary's in Fort Worth, and they didn't have to go too far to find him. He grew up working there, as a third-generation member of the Hedary family. Hedary's opened 55 years ago, back when there weren't exactly a lot of excellent Lebanese restaurants around DFW making hummus, tabouli and even vegetarian grape leaves. They have a garden onsite where some of the produce is grown. There are also branches in Allen and Las Vegas.

Ocho Kitchen + Cocktails hired Joel Harloff, who recently split from Second Floor. Harloff is devising a new menu that Ocho will roll out this March, focusing on "healthy seasonal Latin fare" including "seafood, wild game and Southwestern flavors." The release says that "owners have listened to the community," so apparently the community did not find the Eric DiStefano menu healthy or seasonal enough, and bereft of fish, venison and cumin.

Lazaranda in North Dallas updated its menu by adding osso buco, steaks and tacos in addition to the trademark grilled seafood. Dallas really does like its meat.

After 25 years, J. Pepe’s on Greenville Avenue closed on February 3. According to a FB post by musician Colin Boyd, who performed on Wednesday nights, "there will be remodeling and something else open in its place." Two other J. Pepe's remain, which are connected to each other but not to the Greenville Avenue branch: a lunchtime outlet in the Plaza of the Americas building downtown and a boisterous cantina on I-35.

Rise No. 1 chef Richard Bertschi, 55, died suddenly, according to a post on the restaurant's Facebook page: "Today we are all shocked and deeply saddened by the sudden loss of Richard Bertschi. He was honest, loyal and extremely organized. These are character traits that we all strive for and are to be respected, revered and admired." There will be a viewing on February 6, 6-8 pm, at Restland Funeral Home, and a memorial service on February 7, 10 am, in Wildwood Chapel at Restland.

In bloggy news, Sigel's marketing director Jasper Russo can be found blogging about wine at Mad Palate Skills, where he covers gadgets and news in between reviews of high-roller bottles such as the 2009 Opus One. ("It made an excellent match with a lunch of braised short rib.") And Texas Monthly's food blog Eat My Words starring Pat Sharpe, CultureMap Austin contributor Jessica Dupuy and more got a makeover as part of an overall renovation of the magazine's website.

The Pearl Cup on Henderson Avenue will soon have a little sibling in Richardson. Photo by Conner Howell

Here's how to get a prescription for medical cannabis in Texas
Celebrate 4/20 with the state's first Texas-owned medical marijuana dispensary
Texas is expanding access to medical marijuana. Do you qualify?

Frisco: The go-to place for families is a favorite for this pair of top agents
Colleyville: A peaceful area that's close to all things fun
Celina: Wide-open spaces and plenty of historic homesteads await