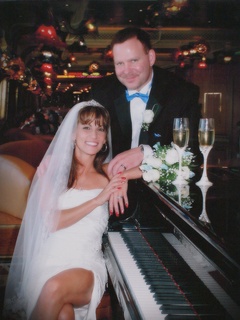 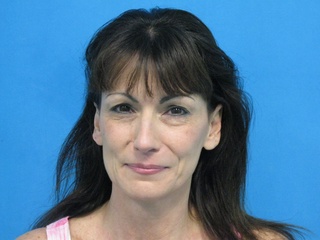 Williams was arrested for murder in 2012. Photo courtesy of Keller Police Department

At her upcoming trial in September, accused murderer Michele Williams will have to explain why she previously confessed to wiping her dead husband's body with bleach. During an August 7 pretrial hearing, Judge George Gallagher denied the defense's motion to suppress Williams' 2011 admission to tampering with evidence.

Michele Williams, 45, had once accepted a plea deal for the death of Greg Williams. After initially claiming an intruder killed her husband, Michele changed her story to say she cleaned the crime scene with bleach in an effort to hide what she alleged was Greg's suicide.

The defense argued Michele Williams was not read her Miranda rights before police elicited a confession.

In a dramatic bout of testimony at her sentencing hearing, Michele sabotaged her own plea deal and denied involvement in her husband's murder. Her trial is now slated for September 22 in Tarrant County.

During the August 7 hearing, defense attorneys Clay Graham and Cody Cofer tried to argue that the six-hour interrogation that led to Michele' confession should be excluded from evidence because she was not initially read her Miranda rights, and multiple comments about an attorney were ignored.

Detective John McGrew testified that he didn't first read Michele her rights or respond to her inquiries about an attorney because he viewed her as a witness to murder and a victim of a home invasion — not a suspect.

McGrew drove Michele to the Keller Police Department shortly after arriving at the scene of her husband's murder. Michele, who did not have access to a car, cellphone or attorney, was questioned doggedly for more than six hours in a secure interview room. She left the station only after submitting a written statement confessing to cleaning the crime scene.

"She actually became a suspect when she admitted to being involved in the scene," McGrew said under oath. The confession form includes a Miranda Rights warning.

Michele, a high school dropout, is recorded as saying, "I obviously need a lawyer," during her interview with police. "At that point she was still a victim of an offense," McGrew said. "I explained to her I was just fact-finding."

Michele Williams was indicted for murder three months after her husband's death. She has been in police custody since January 30, when it was revealed that she was not pregnant with twins as she'd alleged to authorities in a successful attempt to delay her sentencing. She is currently being held on an $850,000 bond.