Not so fast
Is Rick Perry's view on homosexuality evolving? 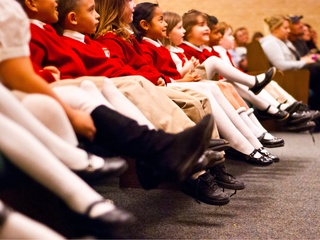 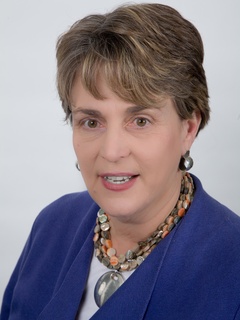 After leaving the corporate world, Rosemary Perlmeter has worked in education for almost 20 years. Photo courtesy of the Teaching Trust

Rosemary Perlmeter is a lifelong learner, though she didn’t start her career in education until she turned 40. In college, Perlmeter turned down a teaching scholarship to go to law school.

"For my first 20 years of life, I was not someone who was known for taking risks," Perlmeter says. "I was pretty cautious."

After many years in the corporate world, Perlmeter threw caution to the wind and co-founded Uplift Education and the Teaching Trust in Dallas. She’s currently the CEO of the latter and also teaches education policy and leadership classes in a master’s program at SMU.

"If we are ever going to eliminate the achievement gap, we will have to start from the place of building trust," Perlmeter says.

On April 10, Perlmeter speaks on a panel at the Communities Foundation of Texas on "Disruptive innovation in K-12 education." KERA’s Krys Boyd moderates the discussion, which is part of the Cause-Minded Conversation series.

We recently chatted with Perlmeter about the challenges of charter schools and what Dallas does well.

CultureMap: How does one go from a career in law and business to education reform?

Rosemary Perlmeter: A lot of people go to law school without a clear sense of what it looks like on the other end. I wanted to find a cause-related profession and something that matched my experience and skills with a topic I cared deeply about. I've always been really interested in public education. At age 40, I was financially able, and I made the switch.

CM: Why should people care about the state of public education?

RP: I believe that every community should have choices for education. Previously, you could only choose a school if you had the resources to move to a new zip code or pay for private school. But charter schools offer broader choices within public education.

RP: The single greatest difference is the way in which charter schools have the freedom to leverage human capital. Charters have a lot more freedom and private practices around recruiting, selecting, hiring and developing talent. We have internally appointed governing boards, not publicly elected ones.

RP: A lot of people think that charter schools are private schools. People think they have complete freedom, but they really only have freedom in a few areas.

RP: When you have pioneers, some do it well and some don’t do it so well. You get early mixed results that you have to wade through to see what comes out the other side that works.

RP: Trust is fundamental to change. If we are ever going to eliminate the achievement gap, we will have to start from the place of building trust.

CM: What’s the hardest decision you’ve ever had to make?

RP: There are a lot of really well-intended people in every nonprofit who don’t necessarily have the competencies that they need in order to make a difference. It’s not hard to give tough news to people who aren’t well-intended, but it’s really hard to do that with those who are.

CM: What does Dallas do well?

RP: Dallas has a variety of groups that work really well together. They put aside their personal agendas, and they come to the table to do what’s best for the citizens and the city. Many people came together to build the arts community, and I think that’s happening now in the field of education.

CM: What could Dallas do better?

RP: Making sure that we view all of the children in our city as our children and taking the risks that we need to take to make dramatic change.

Communities of Texas Foundation presents "Disruptive innovation in K-12 education" at 4:30 pm, April 10. Admission is free, but registration is encouraged.

Midway Hollow: A blend of home styles with a strong sense of community
Old Highland Park: Excellent schools and Rodeo Drive-worthy shopping
Preston Hollow: Where to find some of Dallas' best architectural gems