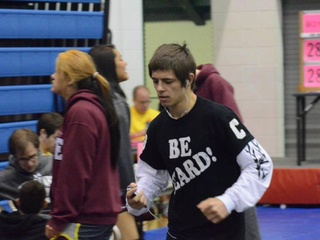 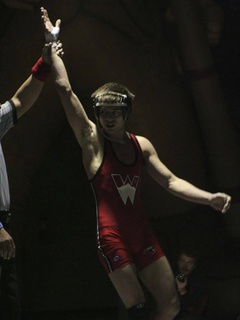 Dammion Heard earned a starting spot on the wrestling squad as a freshman at Western State Colorado University. Courtesy photo 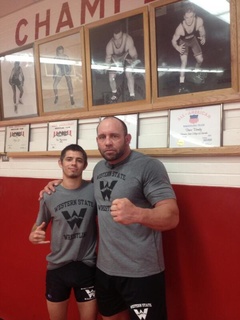 On a chilly Saturday night in March, Dammion Heard was doing what college freshman are wont to do: party with friends. Having just finished his first season on the wrestling team at Western State Colorado University, the 20-year-old seemingly had his whole life ahead of him.

But just hours after leaving the party, Dammion was dead. His lifeless body was found hanging from a tree in a field outside Gunnison four days later on April 2.

Back home in Keller, Dammion's parents, Jamie and Gary Heard, were devastated by the news. A former state champion wrester at Fossil Ridge High School, Dammion had seemed invincible. And even as they made plans for their son's funeral, his parents never believed reports that he'd taken his own life.

"The powers that be in Gunnison would like to wrap up their bogus investigation into Dammion's death," his father, Gary Heard, wrote on Facebook.

"If you ever got to know Dammion then you would know that it would be impossible for Dammion to have ever hurt himself," Gary said publicly just days after his son's death. "His love for life and amazing ability to overcome all obstacles throughout his life is testament to that fact."

Suspicious circumstances
According to Gary, Dammion never exhibited signs of depression or anxiety. On the contrary, he was a devoted member of the wrestling team and was passing all of his classes as a petroleum geology major.

But Gary said Gunnison police brushed off his doubts that Dammion had committed suicide. The same day Dammion's body was found, Gunnison police released a statement saying that no suspects were being pursued in the case.

The preliminary cause of death was identified as strangulation; an autopsy is pending. Gunnison police detective Chris Danos declined to comment on the case, citing the ongoing investigation.

Dammion's parents are funding their own investigation into what happened that fateful night in March. They are offering a $25,000 reward and have hired a team of private investigators, including high-profile attorney Pamela Mackey, to look into the case.

Video surveillance shows the star wrestler filled his car with gas around 1:30 am. That's the last time anyone can say for sure that Dammion was still alive.

"I have been asked by our attorneys and private detectives to keep quiet about the details of Dammion's case," Gary said. "What I can say is, I have been right the whole time, and everything we have supports that. I stand by all my previous comments regarding Dammion."

Before that rule was in place, Gary frequently took to Facebook to sound off about the case.

"The powers that be in Gunnison would like to wrap up their bogus investigation into Dammion's death," Gary wrote on April 10. "They don't want the black eye on their college [Western State University], their town or the podunk police department. They would love nothing more than for us to be silent and allow them to sweep my son's murder under their filthy, corrupt rug."

Dammion's final hours
No one knows how Dammion's neck ended up in a noose that night, but thanks to social media and other technology, the hours leading up to his death are a bit clearer.

After reaching out to Dammion's friends on Facebook, Gary began piecing together his son's last night on earth. Dammion's classmates said he'd gotten into several arguments over a girl at a party on March 29. When Gary accessed Dammion's phone records, he saw his son had been texting with a coed about meeting up at his dorm after the party. It was a date he'd never make.

Video surveillance shows the star wrestler filled his car with gas around 1:30 am. That's the last time anyone can say for sure that Dammion was still alive.

Frustrated with the Gunnison Police Department's lack of progress on the case, Gary has been working with forensic technology personnel in Grand Junction, Colorado, to extract data from Dammion's cellphone.

"We are hopeful that there will be more information contained within that will be beneficial to the investigation," Gary said in a May 15 Facebook post. "Our investigators along with our own, private forensic team have also been able to obtain vital information in the past two weeks."

Gary also addressed the idea that he is just "an angry man" who can't accept that his son took his own life. Gary has said if there is any evidence of suicide, he would look at it with an open mind. But thus far, all of the information he has found points to murder. And that makes him very angry.

"I am angry at the fact that I get out of bed every morning and Dammion does not," Gary said. "I am angry that I have heard malicious rumors about a great young man like Dammion. I am angry that I cannot have my hero here with me. I am not, however, an 'angry man.' I am a man who is hurt beyond words."

To remember his son and continue to raise money for the investigation, Gary organized the Be Heard Memorial Wrestling Tournament, which will take place on Saturday, May 24, at Fossil Ridge High School in Keller. Former Dallas Cowboy Chad Hennings as well as two UFC fighters will sign autographs at the event. Tickets are $1 for students, $5 for adults and $20 for wrestlers.

"Dammion would never quit on us, so we must keep fighting," Gary said.

Those unable to attend the tournament can make a donation to the Dammion Heard Benefit Memorial fund by mailing a check to the following address:

Dammion Heard earned a starting spot on the wrestling squad as a freshman at Western State Colorado University. Courtesy photo