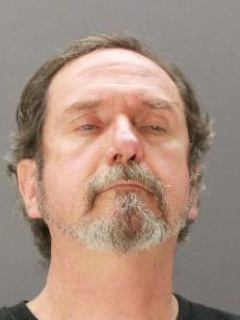 Robert Prichard was found guilty of animal cruelty after beating and drowning his dog. Photo courtesy of Mesquite Police

A Mesquite man was sentenced to 6 1/2 years for beating his dog with a shovel and drowning her. A jury found Robert Prichard, 60, guilty of felony animal cruelty after he admitted killing his pit bull Candy on August 30, 2013, because she chewed the cushions on his patio furniture.

The jury reached a unanimous verdict of guilty with a deadly weapon, which raised the status of the crime to third-degree felony. Prichard, who could have received anywhere from two to 10 years in prison for his crime, will not be eligible for parole.

"It was the biggest sentence for the Dallas DA's office since we launched our Animal Cruelty Unit a year ago," she said. "The Dallas County District Attorney's office is the only office in North Texas with an Animal Cruelty Unit. We felt that it is important to represent all victims. The jurors gave the pit bull, Candy, a voice today."

Prichard's family members, including his ex-wife and twin sons, gave damning testimony. And Prichard himself did not do his case any favors when he took the stand, claiming that he "had no choice but to kill it," referring to the dog.

According to Mesquite police records, a neighbor called police after seeing Prichard throw the dog near a fence. She heard Prichard yell, "You're a dead dog," then loud bangs that sounded like a blunt object hitting something.

That same neighbor took the stand and described Candy as "wiggly" and happy with her dogs and her children.

Prichard changed his story multiple times after his arrest. Prosecutor David Alex showed Prichard's own home security video, in which Prichard could be seen throwing the dog in the pool, watching as she tries to escape and using the pool net to push her underwater until she drowns.

Prichard's ex-wife testified that there were many incidents of domestic violence during their six-year marriage. In his own defense, Prichard put his two 9-year-old twin sons on the stand, but one testified that his father had hit him with a stick.