By Jonathan Rienstra
Jun 9, 2014, 10:47 am
Pictured: A baby boomer in his natural habitat.  Photo by Timothy White 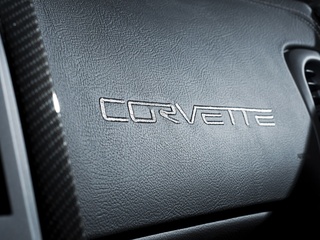 Give your dad the gift of a speeding ticket this Father's Day.  Photo by Kevin McCauley

Dads are pretty great. They play catch with us and know how long raw meat should be placed over an open fire. They kill bugs and give piggyback rides and coach sports they know nothing about because nobody else volunteered for the job.

But dads also come in all sorts of varieties, with different interests and hobbies. We’ve picked a few of our favorite types of dads and lined them up with something for Father’s Day that’s a little more on point than another tie.

For the unkempt dad
Shaving is a hassle, but for many, it’s a necessity — whether for a job, a partner who doesn’t appreciate mustaches or the shame of barely there whiskers. The Art of Shaving at NorthPark makes the situation as stress-free as a situation involving a straight razor on your face can be. Maybe throw in a new blade and some of that fancy lather so Dad can try and replicate the experience at home.

It begins with a “thoroughly invigorating” full-body scrub with organic hops, barley and malt, followed by an “effervescent splash” of dark milk stout that gives his skin “a dose of micronutrients.” A full-body, chilled-stone massage leaves him energized, then a warm plunge under the vichy shower brings him back to reality. Then he’s ready for a frosty mug of cold local IPA.

For that we suggest Peticolas’ brand-new Thrilla in Brazila IPA, which is being released to coincide with the World Cup. Speaking of which ...

For the “worldly” dad
The World Cup only comes about once every four years, so it would be a shame to miss too much of it. Group stages are off and running on Father’s Day (June 15), with Switzerland vs. Ecuador, France vs. Honduras, and Argentina vs. Bosnia and Herzegovina.

Glass Boot Biergarten on Henderson Avenue might not convince Dad he’s in Brazil for the Cup, but after a few steins of Hofbrau or Franconia Wheat while watching the world’s best go at it, he’ll be chanting “Vamos, vamos Argentina/vamos, vamos a ganar.” Provided, of course, that he isn’t from Sarajevo.

For the in-a-hurry dad
Maybe your dad is a German ex-pat longing for the Autobahn — zee Germans play Portugal on Monday morning, in case you were wondering — or he’s just a guy with a need for speed. Platinum Motorcars has $250 Corvette Stingray rentals for dads out there who appreciate American power. Other rides are equally drool-worthy, like the Gallardo Spyder or Lamborghini LP550, for some international flavor.

For the “if it grows from the earth, it’s probably okay” dad
Go see James Taylor in concert in Grand Prairie. That label might be a bit of a sweeping stereotype, but come on; we’ve heard “Carolina In My Mind.” There are going to be some baby boomers wearing Tommy Bahama shirts, and there is going to be some sort of haze billowing about Verizon Theatre. Just don’t be a Bogart. Remember, your dad has old-man strength and could put you in your place.

For the kingpin dad
Bowling’s one of those activities that everyone can be terrible at and still enjoy. Bowl & Barrel’s unpatented “boutique bowling” experience lends itself to families, with food more interesting than the hot dog rotisserie found at most bowling alleys. Plus, the beer list — we like beer, if you haven’t noticed — eschews pitchers of flat Bud Light for pints of Hacker-Pschorr Dunkel Weisse, which is way, way better and what your dad deserves.

If your dad is more The Dude than Mr. Lebowski, we would suggest Bowlounge in the Design District, which is full of The Big Lebowski icons and White Russians. But you’re probably going to the James Taylor concert with him already.

Pictured: A baby boomer in his natural habitat.  Photo by Timothy White