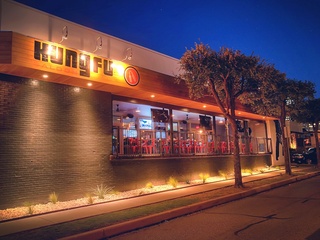 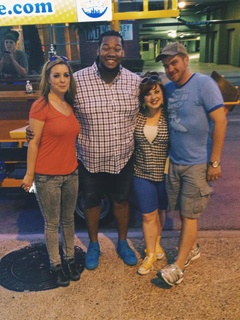 Kung Fu Saloon has been plagued by allegations of racist door policies for years, and although outraged customers have taken to social media before, no one has organized a movement quite like DeAndre Upshaw is currently running.

The 26-year-old Dallas marketing professional is using all of his social media skills to shine a light on what he calls Kung Fu's pattern of "systematically discriminating against people of color."

"The #NoKungFu movement was already moving forward, so we decided to bring it under one unified event, and organize," DeAndre Upshaw says.

Upshaw was denied entry to the casual arcade bar on May 18 for wearing high-top sneakers. The so-called dress code violation was not uniformly applied to all patrons, Upshaw contends, because several people wearing similar footwear were allowed inside without issue. The only difference? They were white.

After live-tweeting the incident, Upshaw received hundreds of comments on social media, and dozens of people relayed disturbingly similar stories of discriminatory door polices at Kung Fu in Houston, Dallas and Austin. This launched the hashtag #NoKungFuDallas, which trended locally on May 19.

Now, Upshaw is taking his virtual movement to the streets with a peaceful meetup planned for 7 pm Wednesday, May 21, at MoMo's Italian Restaurant (2800 Routh Street). More than 350 people had RSVP'd by 9 am Tuesday.

"The #NoKungFu movement was already moving forward, so we decided to bring it under one unified event, and organize," Upshaw says.

For those who support the movement but can't physically be in Dallas, Upshaw is encouraging people to change their profile pictures. He hopes people in Dallas and beyond will contribute socially and tweet, Instagram or Facebook images of themselves wearing high-top shoes or any other item of clothing implicated in the scandal.

Upshaw wants to create a collage of photos and stories showing alleged acts of discrimination at all three Kung Fu Saloon locations.

"Our goal is to let the City of Dallas know that we expect them to acknowledge this issue, which runs rampant in bars across Uptown, and to let these bars know that not only do we see it happening, but we're also not going to sit idly by while it does," he says.